Many parents may not realize that vision problems are often missed in children, whether they need a lazy eye treatment in Edmonton. For another treatment to address another visual problem. 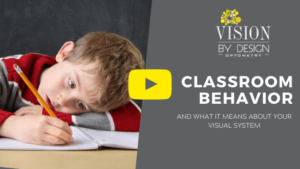 Then they are excluded from having any visual problems. However, optometrists and vision therapists. Both say that the two are not mutually exclusive. And that children that have perfect vision.

From needing a lazy eye treatment in Edmonton. To needing therapy to fix a convergence insufficiency, or accommodative issue. Therefore, parents need to know what symptoms and behaviours look for in their child.

The reason why they need to look for behaviours. Is because their child is not going to tell them that they are having a visual problem. Particularly when they have been told they have perfect vision.

The reason why, is because the way they see, and focus is their normal. And is how things have been for them as early as they can remember. Therefore, they are not going to say that they have a problem.

However, if they have a convergence insufficiency. And have trouble focusing close up. Rather than say there is a problem focusing when they read. They simply will avoid situations where they have to read.

Whether this is avoiding schoolwork, not doing their homework. Or getting frustrated when it comes time to do schoolwork. Which can look a lot like defiance disorder or ADD or ADHD.

But if they love being read to, or if they can follow directions. And pay attention and concentrate when the task does not involve any kind of near work. This is an indication that they should probably get their eyes checked.

Because they could have a problem with their visual system. Such as a lazy eye, convergence insufficiency or accommodative issue. That would require a lazy eye treatment in Edmonton, or another treatment.

Another indication that the problem that the child has his with their visual system. And not because of another disorder, such as oppositional defiance disorder, ADD or ADHD. Is when the child uses a finger when they read.

This is a coping mechanism that they have developed. Because they have problems with their eye tracking. Which means they have a hard time following a line, or motion.

And they can use their finger and help them read. Therefore, these children that appear to have another problem. Should get there visual system checked by a vision therapist, such as at vision by design.

Because if they have a visual system problem. The treatment is very easy to implement. And can significantly help. Because a child simply wants to be able to see clearly and process their environment.

Often, parents may not realize that if their child needs a lazy eye treatment in Edmonton. Or another visual system treatment. Their child can have visual system problem, even if they have perfect vision.

In fact, one in four children have a visual system problem. Despite the fact that they have perfect vision. And when parents hear that their child has perfect vision. They may not even realize they can also have.

A visual system problem such as convergence insufficiency, accommodative issues, eye tracking issues. Or even a lazy eye, that would require a lazy eye treatment in Edmonton.

In fact, all of the other visual system problems that a child might have. Has a treatment that they can get with the vision therapist. Such as those at vision by design in Edmonton.

With the right diagnosis, they can come up with the right treatment plan. To help children fix their visual issues. So that they can see and learn in the visual environment around them.

In fact, this is a situation where many children do not get the treatment they need as quickly as they should. Simply because parents assume that they do not have a visual problem. Because they have perfect vision.

But also, children might not get the lazy eye treatment in Edmonton that they need. Because their symptoms may appear behavioural in nature. Which sometimes gets them diagnosed with oppositional defiance disorder, ADD or ADHD.

However, children who have a visual system problem. Are going to avoid doing the tasks that are hard, are irritating. Or sometimes painful. But rather than having a hard time concentrating.

There just trying to problem solve and the only way that they know how. By avoiding the thing that causes them distress. There are other signs for parents to watch for.

Such as a teacher telling a parent. That the child as perfect spelling, but misspell words commonly. When they are writing an assignment, or doing homework.

This is often because children have memorized how to spell words. And on a spelling test, can get a perfect score. But they are using their brain differently when they are writing a paragraph.

So this could be an indication that they are having trouble seeing the words on a page. Because of a vision system problem. As well, if they mix up similar letters. Such as a b and a lowercase D.

They may have a problem with their visual system. Because the letters can look very similar to each other. Therefore, if these are the problems that parents are noticing.

It is worth getting them in to vision by design for an examination. And telling the doctor that they suspect that they may have a vision system problem. When the doctor knows what to look for, they will do some tests.

And because they have a vision therapist on staff, they will be able to offer their opinion immediately. To help parents and children get the treatment they need to be able to see clearly.